Dropbox moves to become your first choice for all storage 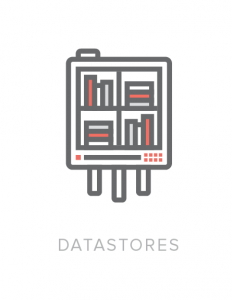 You might know Dropbox as a great way to share documents amongst each other. And it is. You can drag and drop files from your computer into your Dropbox and have them both on your computer as well as in the cloud. And if anyone changes the document, or adds something to your folder, you get it immediately. Dropbox was one of the first services to launch a solution to integrate cloud storage and your computer storage. And together with their very intuitive user interface, that has made them a market leader. But the vision of Dropbox goes beyond just saving your documents.

At their developer conference, Dropbox has introduced a new set of developer tools for their new Datastores API. Essentially, this turns Dropbox from an application into a platform that software developers can use to integrate the use of Dropbox into their apps. That means that the storage will no longer just be used for documents and pictures. Software builders can now also use it to store your contacts, your text messages, your game progress, or your progress in your Bible for instance. You can then switch over to another device altogether and have the same information at your fingertips.

This idea is not new. Already, iOS devices synchronize certain apps and Google has provided synchronization between several of its services across Android devices and even computers. However, the Dropbox solution could be the first to be absolutely independent of the platform or the device you are using. And that makes it an interesting solution for software makers who see their users switch from iOS on their iPhone to Android on their tablet and to a new Windows Phone for instance. Three platforms that have not really integrated together, can be brought closer together for users through the Dropbox interface.

The Dropbox option is an interesting one. It means that the transition of the data you are using will be seamless for users. If you are developing software, that might give your app a great advantage over other apps that do not have that flexibility. And if you are an average user, that ties in well with your personal use of Dropbox where you store things in the cloud that you want to be able to use seamlessly. Regardless of your device or your location, you can always get to your Dropbox. Now we will have to see whether Dropbox will come to you.

What things would you like to easily share between devices? Have you ever been frustrated by information that was available on one device, but not on the other? Tell us in the comments.