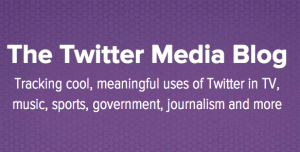 It is always best to learn from the source. That is also what Twitter will have thought when they launched their new Twitter Media Blog last week. The effort is obviously two-fold. Where many of Twitter’s user accounts are dormant, this is an effort to have people and brands wake up to the power of Twitter. After all, it has been a proven fact that an active account is more successful, which in turn makes it more active and so on.

So, what can we expect from the Twitter Media Blog? Well, in their own words:

In this space, you can expect:

Twitter states on the blog that they will be focussing on a number of subjects. Churches and Christian organizations are not mentioned, but fear not, there is enough to enjoy. Like the way in which Michelle Obama took her followers to Africa on Twitter. This is a nice example of what you can do with your next mission trip. You might not reach the 400,000 followers she has, but you might take your sponsors or church members along on a trip neither they nor you will ever forget.

Tell us how you use Twitter to share your stories. We will feature the best on Techpastors.com later this year.